Khaosan Road – on a quiet night

So I went to Khaosan Road recently for a few beers. It started raining as I arrived and I’ve never seen the street so dead before than on this night in mid October. I took a few photos for the website anyway…

When I got to Khaosan, it was raining. So I ducked into a cosy bar terrace with live music. The bar was on the 3rd floor and had a nice view of the street. In the pic above you can see a local tout try to engage some unsuspecting backpackers.

The bar was nice and dry but the live music wasn’t great on this night. A few backpackers were still dancing away merrily to the distinctly average tunes.

The rain finally stops, and the street briefly comes alive with people once more.

Were these 2 nighclub podium dancers? That could explain their lack of clothing.

You are never far away from well known fast food joints on Khaosan Road.

Chang is the beer favoured by nearly every customer around here.

A Western gentleman is getting a late night tattoo. Hope he doesn’t regret it in the morning!

These streets are full of bars, guesthouses and shops catering for tourists. But whenever I walk around very late at night and it’s quiet I do get the feeling that someone might jump me at any moment. There is definitely a criminal underbelly around, and I feel it here more than nearly anywhere else in Bangkok.

The adjacent Soi Rambuttri is very quiet, I stop at a bar for a beer and a bite to eat. They have beer girls working at some of the bars now.

A couple of immaculate Mercedes cars pull up outside a dirt cheap 24 hour bar on Soi Rambuttri. Someone is making stacks of money around here. If you look closely in the pic you can see the ladyboy waitress, who has seen better days.

Thai people never cease to amaze me in their ability to sleep almost anywhere!

Another quiet bar on Khaosan road.

The Lucky Beer bar is a popular bar that pumps out techno music at ear splitting levels.

Inside it’s noisy, sweaty, rowdy and there are drunken people everywhere. This is Khaosan Road.

It’s Champions League football night tonight. Near the bar you can get a feel for the enormous amounts of Sangsom whiskey and Chang beer that are consumed.

Around the pool table the waiting list is a good 10 people deep, meaning it’s near impossible to get a game due to each drunken game lasting about 20 minutes!

Thai local girls mix seamlessly with the backpackers. Most of them are regulars and speak very good English.

Fresh buckets being prepared at 4am. A bottle of local whiskey, sprite and red bull are among the ingredients.

It’s late and the bar is rowdy. Drunk people are laughing hilariously, dancing stupidly and staggering around everywhere. Glasses are smashed and forgotten about. Later into the night it usually degenerates further with drunken skirmishes between staff and customers common here.

In over 5 years of occasionally visiting Khaosan Road, this night was the quietest of the lot of them. It was midweek in October, so it will be interesting to take some similar photos when the high season finally hits. 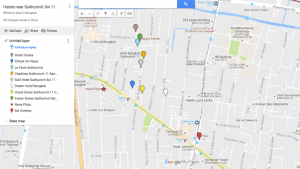