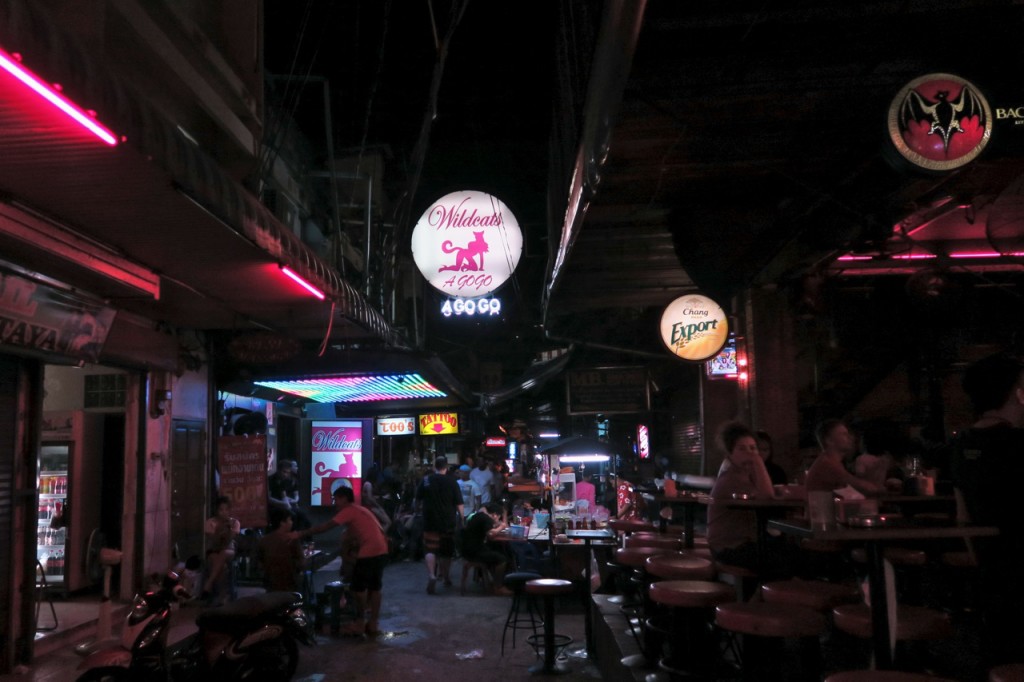 I found ‘the one’ at a Pattaya gogo bar

So on a recent night out in Pattaya I went to the Wildcats Agogo bar with the intention of drinking a draught beer or 2 and doing a review for this website.

Unfortunately, it was absolutely impossible to review Wildcats Agogo, because I met the one in there!

This gogo bar is located down a side alley off walking street, take a left at the Blue Sky III bar down Soi BJ and it is on the left. I’ve been there a couple of times before and it was good so my expectations were high.

As I entered the girls on staged looked ok enough so I sat at a table to the right side.

I ordered a draught beer straight away and as I did a girl clocked me came over and sat down giving me the what’s your name? how long you holiday? usual talk.

She was ok enough looking but I normally like to choose my lady drink friends, and unless they are really hot or are very personable I never buy the first girl who approaches me a drink.

My drink came and as I was taking my first sip of draught beer another girl walked near our table, dropped something on the floor, then bent down to pick it up giving me a full view of her perfect backside, along with her perfect thigh gap to die for. Things were looking up 🙂

I’m no stranger to gogo dancers and their antics, and have had this trick done to me before. It ranks with girls staring and smiling at you for prolonged periods. It’s psychological warfare, they are imprinting tricks that some of the girls have learnt how to use well. It works exactly like hypnosis.

This trick worked a little on me and I involuntarily patted her on her butt, she turned around, smiled at me and I melted instantly on the spot.

She had the most amazing and stunning look I’ve ever seen, just right in about every department. Not skinny or athletic but just right, with a few subtle curves.

She was taking a drink to another table, and after that came over to sit beside me.

When she came over and I got a really good close up look of her I was hooked instantly. I’ve seen 1000’s of gogo dancers this year alone, and this girl ranked head and shoulders above all of them for me. Her look was just perfect for me. She was pretty, very bubbly, and a complete handful.

As I exchanged the obligatory initial pleasantries I started to feel my heart racing, and I was getting butterflies. Oh my, was she THE ONE?! (Peep show joke)

I ordered ‘my girl’ a drink and the service staff tried to insist on my buying the original girl a drink who sat next to me. No chance Pal. I ended up stating 3 times that I buy one girl a drink or no-one. They got the message in the end and the initial girl left me alone with the one.

When her drink came my girl straddled her legs over mine and I was like putty in her hands. Her scent was like heaven and her skin was impossibly smooth.

I made a fake excuse initially about having to meet a ‘friend’ later at the start and she bought it.

I can’t remember that much about what happened, but I know I had 3 draught beers and she was the most amazing company imaginable. She was pretty hands on and a dirty girl. But I like that, as I’m not into shy gogo girls. The kind who when you take back they shower alone and turn off the lights when you get into bed. No thanks.

My girl was very forward and was trying to kiss me on the lips to seal the deal which was a complete turn on, but I resisted the temptation as I’m not a big fan of gogo bar smooching.

My sergeant downstairs rose to attention for pretty much the entire time she was sat with her legs over mine, and after feeling the bump she was stoking it like a trooper. She even got two of her friends to give my boy a good squeeze to check out the size.

My girl would never know it, but if she pushed her luck with me I would have said yes to her every wish. I would have happily given up everything and moved to Pattaya to be with her. I would be her bitch, and a she would be my poisoned chalice. I would have emptied my bank accounts to stay with her as long as possible. To live my dream. After that I would have begged, borrowed and stolen until I couldn’t any longer. Then I would have most likely found myself on the 26th floor of a random Pattaya high rise, drunk off my head on hard liquor, thinking ‘how did it come to this’ and ‘where did it all go wrong,’ ready to be a new member the Pattaya flying club.

I paid my bill and left.

As I was paying the bill my girl went onto the stage to dance.

She said come up and give me a tip as a leaving present. I was ok with that, my bill was about 600ish baht so a 100 baht tip was fine.

As I approached the stage red note in hand I was ready to stuff it deep into her cleavage and give her a decent last grope. To my surprise she saw me coming a mile off and squatted down waiting for me. When I reached the stage my girl opened her black skimpy panties to reveal her perfect snatch (omg I want to go back and marry her right now!). It was almost fully shaven and was perfectly symmetrical, like a piggy bank. Only I could see it and as I reached forward to put my note in she grabbed the back of my hand and thrust the note and my hand right into her snatch, holding it there for a few seconds, saying to me, ‘make sure you come back and see me when you are finished with your friend.’

I left Wildcats in a daze, kind of like the poker scene when Eddy loses all his money in the 1998 film Lock Stock and Two Smoking Barrels.

After leaving I went and had a couple of hard liquor shots to calm my nerves, and prevent me from returning.

I never did go back to Wildcats to see her because she was a total goddess and could have played me for the drunken fool that I  am.

Sometimes I think about going back to find her, but it would be a wild ride for sure and the 26th floor would always be waiting for me.